skip to main | skip to sidebar

Clothing for Liberation: A Communication Analysis of Gandhi's Swadeshi Revolution.
By Peter Gonsalves
London, New Delhi: Sage Publications, March 2010.  Cloth: ISBN 978-8132103103, $34.95.  188 pages.
Review by Bridget R. Cowlishaw, Northeastern State University, Oklahoma
In Clothing for Liberation: A Communication Analysis of Gandhi’s Swadeshi Revolution, Peter Gonsalves examines the Indian independence movement led by M.K. Gandhi under three different theoretical lenses. There is no shortage of analyses of Gandhi’s strategies and certainly no analysis can go without examining Gandhi’s use of homespun cloth (khadi) in defeating British rule, however, Gonsalves’ unique contribution is his exclusive focus on clothing as a sign system in this specific historical context.
A concise book—a mere 188 pages including endnotes, charts, bibliographies, photos, and index—this volume is neatly organized into an introduction, three central chapters each analyzing the swadeshi movement from a specific communication theory, and a conclusion. Knowing his audience to be composed more of rhetoricians than historians or linguists, Gonsalves includes a useful glossary of important terms which cannot be translated without losing significance (e.g., the word swadesh itself which he translates as “of one’s own country”).
The second chapter, employing Roland Barthes’s “Fashion System,” convincingly asserts that Gandhi’s swadeshi movement created a new semiologics that counteracted British mystification of clothing.  Charts outlining the binary oppositions of the British versus Gandhian sign systems and the relationship of signifiers to signified will be useful to students of semiotics wanting to see Barthes’s theoretical framework used in a historical context. Most interesting in this chapter is Gonsalves’s demonstration that Barthes’s notion of “real cloth” was employed in Gandhi’s targeting the British domination of the textile industry.  This is, of course, the most remarkable aspect of the khadi movement: it was both a symbolic and economic strike against British authority.
In the third chapter, Victor Turner’s performance theory of communication is employed to analyze the ruptures within the swadeshi movement, which was not by any means unified in its symbols and goals. Gonsalves graphs the conflicts and liminal stages of the Indian independence movement through its various stages to examine how Gandhi navigated this internal lack of coherence. The resulting conclusion, that Gandhi periodically refocused the central issues of the movement to smooth over these ruptures, feels like a satisfyingly insightful explanation. It would have been more satisfying if the many excellent photographs were presented in this chapter, where they seem to naturally belong, rather than being corralled into an appendix at the back of the book.
The fourth chapter employs Erving Goffman’s ethnography of self in an examination of Gandhi’s personal authenticity. Though to most American readers an inquiry into Gandhi’s sincerity might seem like a quest for low-hanging fruit, there is a fashion for writing about Gandhi as a shrewd manipulator who used the posture of humility in order to humiliate.  Gonsalves uses Gandhi’s autobiography and Goffman’s dramaturgical theory of personal performance to refute this trendy cynicism as he concludes, “The symmetry between expressions given and given off, between his interior and exterior selves was now perfect. In his loin-clothed body Gandhi had found the spiritual stability and the psychological equilibrium to sustain his innumerable performances in the socio-political arena for the next 26 years of his very active life” (98).
In the end, this book will be of great interest to three groups of people. Most obviously, those interested in observing classic communication theory applied to a specific historical conflict will find this work a useful employment of Barthes, Turner, and Goffman. Those interested in understanding more about Gandhi as an agent of social change will have to drag through some theory that may seem superfluous but will find the insightful conclusions interesting. But my highest reading recommendation for this book goes to those interested in the power of clothing, not just as a sign system, but as an aspect of our material reality that is always already embroiled in political, economic, and even spiritual struggles. In our current, unsustainable global economy whose apparel industries are implicated in inhumane labor practices, clothing is still at the center of struggles for peace and justice.  Gonsalves’s book is well dedicated “to communicators and educators of peace.”
updated 5:23 PM

Search the Southwest Journal of Cultures

Many Thanks to the SWPCA Officers:

Click here to see books to be reviewed in future posts.

Bridget R. Cowlishaw, Ph.D. is Associate Professor of Languages & Literature at Northeastern State University, Oklahoma where she teaches graduate seminars in Rhetoric and Composition. She has published rhetorical analyses of American popular culture in Prospects (Cambridge University Press), the Journal of American Culture and the Journal of Popular Culture (Blackwell). 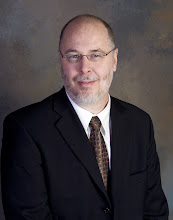 Brian Cowlishaw, Ph.D. is Associate Professor of Languages & Literature at Northeastern State University, Oklahoma. He has published analyses of popular culture in Reading and Writing about American Popular Culture, Pop Perspectives: Readings to Critique Contemporary Culture, Warnings to the Curious: A Sheaf of Criticism on M. R. James, Intelligent Agent (see http://www.intelligentagent.com/archive/Vol4_No4_gaming_cowlishaw.htm) and Magazine Americana (see http://www.americanpopularculture.com/archive/emerging/real_virtual_combat.htm), among other venues.

We gratefully acknowledge the hard work of our Research Assistants Alana Hatley (pictured below) and Megan Wright, our staff members Joshua Wann and Penni Hall, and our archivist Eryc Nikkel.

Peter C. Rollins is Regents Professor Emeritus, Oklahoma State University, and former editor-in-chief of Film & History: An Interdisciplinary Journal of Film and Television Studies. For over a decade, he was the Associate Editor of the Journal of Popular Culture and the Journal of American Culture. See http://www.petercrollins.com/. 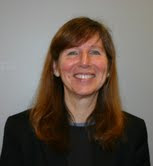 Cynthia Miller is a cultural anthropologist at Emerson College in Boston. She specializes in international and community development, globalization, and popular culture. Her research has included studies of the social impacts of television and film on rural communities in India and the Yucatan; immigrants' social and spatial recreations of homelands; community perceptions of redevelopment programs; and her current project, on ecological identity and homelessness.

The Southwest Journal of Cultures is an interdisciplinary venue for culture studies. We cover all significant happenings in the study of folk culture, high culture, and popular culture of the American Southwest, past and present. Looking outward, the journal is concerned with a southwestern perspective on national and international culture and culture studies.
We will post reviews of the latest scholarly texts dealing with art, literature, music, theatre, history, geography, politics, and material culture. We invite you, our visitor, to post your responses to our reviews and participate in the on-going discussion of what's new in scholarship of the Southwest, the nation, and the world.
The SJC is a peer-reviewed venue.

The mission of the Southwest Journal of Cultures is to review significant books of interest to scholars of the Southwest – keeping in mind that scholars of the Southwest do not study only our region of this country, but the whole world. We are an interdisciplinary journal and therefore value scholarly writing that is as free of professional jargon as reasonably possible. Our unique format as a journal/blog provides us with a specific niche in book reviews: we are fast and lean. Our goal is to have terse (1000 words or fewer), professional scholarly reviews posted within two months of a book’s publication day. We need your help in following our guidelines and making your review as ready for the site as possible.

Deadlines
The SJC expects a book review to be written within 30 days of the reviewer’s receiving the book to ensure that the SJC is fast as befits our medium (the journal/blog). You will be notified by email when we have an estimated arrival time from the publisher who will ship the book to you. Though we expect our reviewers will plan their work so as not to run past the deadline, from time to time we realize that emergencies arise. If a deadline nears and your review is not ready, please contact us by email at cowlishb@nsuok.edu to request an extension. One 10-day extension will be approved; after that point, we reserve the right to request that you return the book to our mailing address, so that another colleague can be commissioned to provide a review.
Brian Cowlishaw, SJC Co-Editor
cowlishb@nsuok.edu
Department of Languages & Literature
Northeastern State University
609 N. Grand
Tahlequah, OK 74464-2302
We will send an email reminder to reviewers about five days prior to due dates.

Length
The SJC has a policy of a 1000-word maximum. If you send in a review that is longer than requested, it will be necessary for us to edit it. If you believe that more space than allotted is necessary for an appropriate review, contact us to request an adjustment; please do not just write an over-the-limit review and send it in.

Focus
We anticipate that reviews will not simply summarize the volume's contents, but will move beyond this to assess the work's contribution in light of collateral studies, evaluate its sources and methods, and/or discuss its implications for future research. Reviewers should avoid the ad hominem attack mode or suggesting that a different book ought to have been written. Likewise, we prefer that reviews shun listing typographical errors and other minor missteps, unless these are so frequent as to indicate very weak editing (in which case a summary statement to this effect will usually serve). Be sure you discuss both the book’s strengths and its weaknesses/limitations. The SJC will not post reviews that are entirely negative or uncritically worshipful.
It is vital to the mission of the SJC that reviewers respect popular culture. The quality of a book’s analysis is what the reviewer is to consider. If your review is dismissive of the book’s subject matter, the SJC will not post it.

Style
Please be sure you format your review in MicroSoft Word, otherwise we will return it to you for reformatting.
Review headings should include the title, author, publisher, ISBN#, publication date, and price.
We understand that disciplines have their own preferred style manual. For the sake of consistency, we ask that all reviewers refer to the MLA Style Manual (available on-line) for all matters with the following exceptions:
- single-space the text
- use Times New Roman font
- no footnotes, endnotes, and only very limited quotations (if any)
- avoid the first person singular or plural
Please send your review as a MicroSoft Word attachment by email to SJC Co-Editor Brian Cowlishaw, at: cowlishb@nsuok.edu